The other day I had a heated debate with my mother about CrossFit. Specifically, why she should be doing it. I’ll preface this by mentioning she is my biggest supporter, therapist, cheerleader, and probably my best friend. Naturally, I’ve tried to preach the good word of CrossFit to her on more than one occasion.

My mother’s reasons for adopting CrossFit as her training regime differ from most, but her fitness goals are not so different from the goals of your average athlete. It got me thinking, why CrossFit? I came up with a few selling points for people on the fence. Although, I would submit that unlike girls scout cookies, this shit sells itself.

Anyone can do it

People tell me all the time, “Coach, there’s no way I can do all that stuff.” I’ll tell you straight up…that’s true. I don’t expect you to bust out a three minute Fran, or string together muscle ups your first day in the gym. I don’t even expect you to know what “Fran,” or a “muscle up” is. However, if you show up with a good attitude and an open mind, there’s no workout you can't do.

Every workout of the day is infinitely scalable. No matter what your athletic background, skill level, of current physical constraints, I can integrate you into class with no issue. Most days it’s as simple as picking something up, and putting it back down. We aren’t teaching athletes to split atoms. We’re just teaching you to move the way the good lord intended it.

Everyday is a new adventure in a CrossFit gym. I recognize and appreciate the comfort that can be found in a predictable workout routine. Unfortunately, it’s constant variation that pays huge dividends when trying to achieve your personal fitness goals. You can stay glued to that hamster wheel, but humans were made to learn and adapt. We’re meant try new things and push our limits. The only thing you’re going to push speed walking on a treadmill is the channel button on that goofy 8 inch tv.

Workouts vary daily in CrossFit gyms. You’ll rarely see the same workout in a nine to twelve week period. You will learn new skills and practice new movements. Your personal limits will blur and eventually be redefined as you adapt to the ever changing landscape of your workout regime. There’s never a dull moment in a CrossFit gym.

Everyday you go to a CrosssFit gym you’ll interact directly with a coach. It’s what separates CrossFit gyms from big box gyms. As a matter of fact, most CrossFit gym owners are also coaches. I used to work out at L.A. Fitness back in the day. I can't say I knew who the owner was, but I always assumed it was a robot overlord that dwelled in some nightmarish techno-castle cackling while he counted all his money from 20 year contracts broken early by clients. Meanwhile, I regularly shake hands and casually chat with the owner of the gym I attend now, CrossFit Inception.

Regular interaction and direction from coaches makes a world of difference in the development and performance of athletes. The touches you’ll receive on a daily basis will keep you on track, and help you refine technique as you learn and practice new skills.

Once again, I used to work out at L.A. Fitness. Outside of the creepy eye contact I made with members of the opposite sex, I never interacted with anyone outside of my compulsory social exchange with the front desk gatekeepers.

I go to the gym for the same reasons people go to church. I'm there to congregate with like minded individuals, share ideas, gossip, laugh, and walk away better for it at the end of the day. CrossFit gyms have a unique community you can't find anywhere else. CrossFit gyms might seem cliquish and almost tribal at first, but most gyms will welcome you with open arms if you give them the chance. 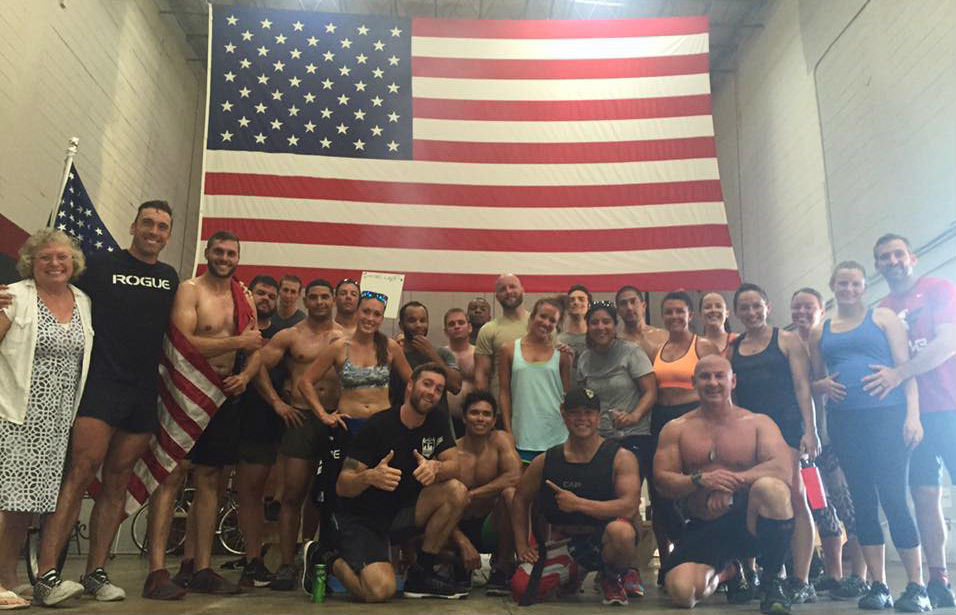 The proof is in the pudding. And by pudding, I mean the chiseled six pack abs and rock hard muscles made commonplace by the CrossFit movement. I won't bore you to death by quoting articles from scientific journals or referencing data from longitudinal studies. But I will say this: this shit works.

My own background has roots in the United States Army Special Operations Community. As a young man I struggled to keep up with the physical demands of my profession. I stumbled on the CrossFit website one day and never looked back. CrossFit gave me the tools to prepare my mind and body for the rigors of combat while serving in some of the Military’s most elite units. But that’s just my story.

Peek over your cubicle one day and talk to your neighbor. CrossFit isn't some niche fitness craze anymore. There are hundreds of thousands of athletes worldwide. Soccer mom’s, grandfathers, gas station attendants, etc. all are enjoying the results that CrossFit delivers. It’s probably about time you enjoyed them to, don't you think?